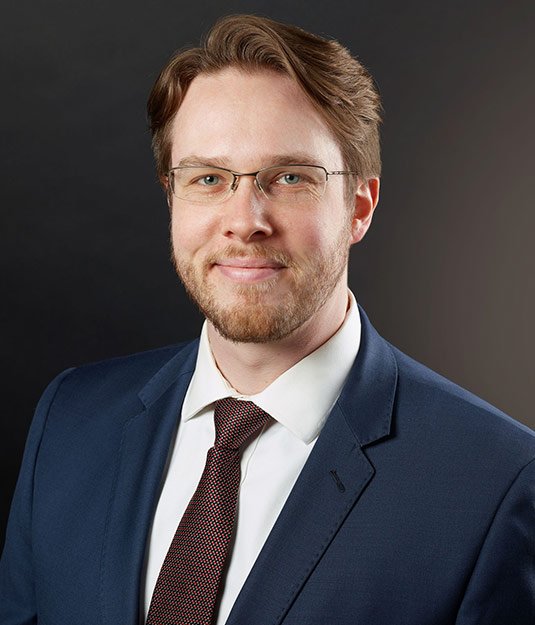 Prior to joining Mumford, Schubel, Chris served more than seven years as an Assistant Prosecuting Attorney with the Calhoun County Prosecutor’s Office where he managed a courtroom docket in the 37th Circuit Court and tried numerous felony cases.   As a senior Assistant Prosecuting Attorney, Chris also trained and mentored new attorneys, including sitting as advisory co-counsel during trials and miscellaneous hearings.

Outside of the courtroom Chris serves his local community as a Trustee on the Battle Creek Community Foundation Board and as a member of the Lakeview School Educational Foundation Board.  He also serves on the Calhoun County Crisis Intervention Team (CIT) board and presents on legal issues at CIT trainings.

Established in 1978, Mumford, Schubel, Macfarlane & Barnett’s lawyers have a thorough understanding of Michigan law and extensive experience with litigation, mediation, negotiation, and document review. We work with clients throughout West Michigan, including Battle Creek, Coldwater, Kalamazoo, and Hastings. We offer free initial consultations for personal injury and criminal cases.